Here we are with Christmas coming up just around the corner again. Christmas is celebrated to remember the birth of Jesus Christ. It is a time when family and friends gather together and exchange gifts in remembrance of how blessed they are.

Albeit a relatively smaller festival in India compared to other religious festivals, Christmas is popularly celebrated with local traditions in concentrated parts of India, especially Goa, and Mumbai. where around 26% of the population are Christians. The Eastern States also have higher populations of Christians. 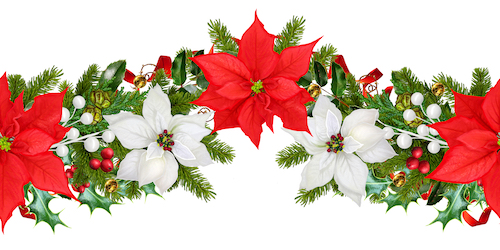 Traditions in India begin with Midnight mass, an important church service attended by all the family members followed by a scrumptious feast and the exchange of presents. Christmas trees, decorative lights and shining stars adorn the houses. As Western customs get imbibed, Nativity cribs are set up, groups set out for carol singing, baking of rich fruit cakes and other festive delights are indulged in. Across the world Christmas has become the main season for joy and gifting.

We have for years, carried forward traditions, some of which we don’t even understand. Wouldn’t you love to know how these traditions came to be- let’s check them out.

Greenery (Mistletoe, Holly and Ivy) - Mistletoe - The tradition dating back to the 18th century goes that once cut from the bush, mistletoe should not touch the ground and should be the last of the greenery to be removed from the house after Christmas celebrations are done with. It was hung originally to protect the house from fire, but is now celebrated because any man and woman who stand under it may kiss, and with every kiss, a berry would be plucked off the bush. Once the last berry was plucked, the privilege ceased. 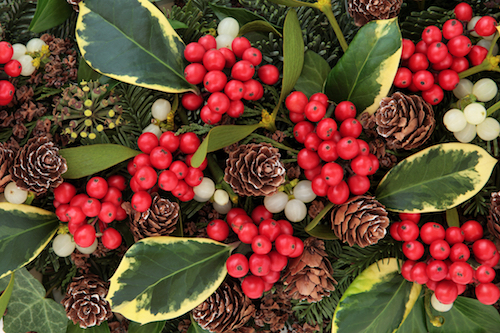 Holly and Ivy - Are amongst the other greenery we associate with Christmas. The prickly leaves on the holly are supposed to represent the crown of thorns while the berries depict the drops of blood shed by Jesus for the people. Tales have been heard that Holly depicts the male in the house while Ivy the female and whichever one is brought into the house first (not before Xmas eve of course) would be the dominant member of the household that year! If only life was so predictable. Ivy, being a creeper denotes that we need to cling onto God for support in our lives. 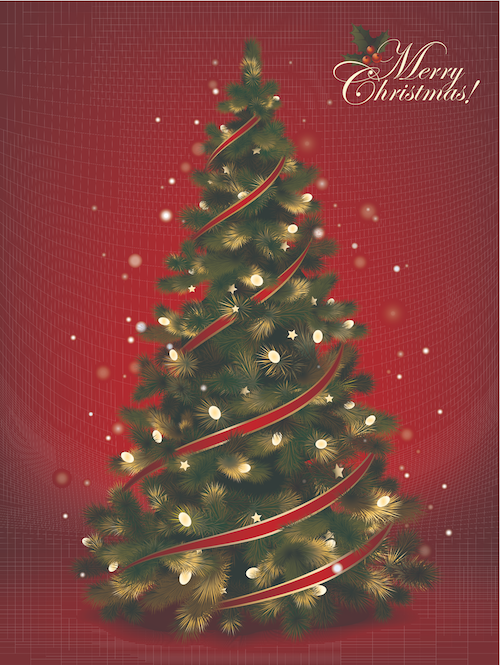 Christmas Tree - In early years in Germany, Pine and Fir trees were decorated with apples, candles and coloured paper. The popularity of this tradition and modifications happened when it spread to Europe after the marriage of Queen Victoria to Prince Albert of Germany. 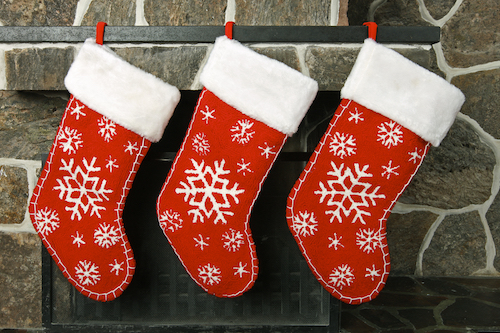 Christmas Stockings - The story of Christmas stockings was born with the tale of a poor man with three daughters who had hung their stockings to dry by the fireplace and as St Nicholas (more famously known as Santa Claus) drove through the town, he was told about this and dropped a bag of gold into each girls stocking through t e chimney. With this tradition moving into every home, children hang out stockings hoping for them to be filled with gifts when they wake up on Christmas morning.

Poinsettia - The star shaped red leaves of the Poinsettia plant are seen and associated world over with the Christmas season. Originating from Mexico, this tradition narrates the story of a poor young girl who couldn’t afford to pay for a present to celebrate the birth of Jesus and was inspired by angels to pluck some weeds from the roadside to place at the altar at church. These weeds later sprouted the beautiful star shaped leaves which symbolised The Star of Bethlehem.

Candy Cane - As early as the 1670s a frustrated choirmaster who was searching for ways to keep the children quiet during Xmas eve services, requested a sweet maker to manufacture sweet sticks to be handed out. Since they were to be given away in church, he requested them to be made with a crook at one end to resemble the crook of the walking sticks used by the Three Shepherds and to make them red and white. These candy canes became hugely popular through Europe and were soon being away at Nativity plays and Xmas celebrations world over. 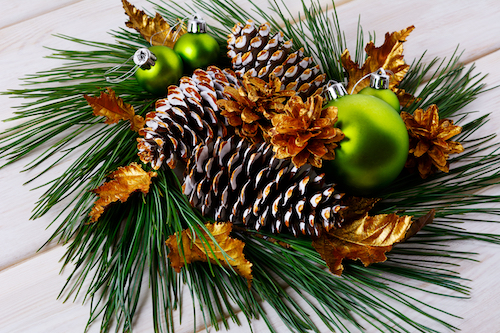 Wreaths - Possibly originating around the Roman era when wreaths were hung as signs of victory and status, the tradition of hanging a circular wreath of evergreens on the door has become widely accepted custom at Christmas. 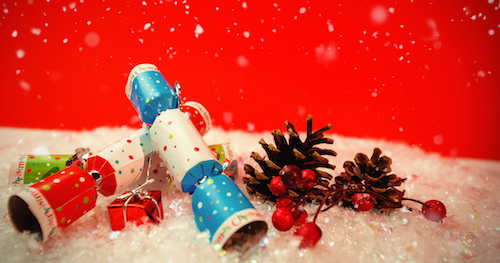 Christmas Crackers - A traditional favourite in the UK. Made early in 1845 by a sweet maker in London, by the name of Tom Smith, these delicate sweets wrapped inside a roll of pretty paper were modified to contain fun ideas inside that would be a surprise when pulled open. 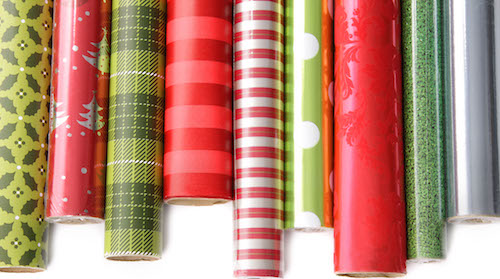 The Colours of Christmas - As tradition would have it, the colours associated with Christmas are Red, Green and Gold. Green signifies the evergreens holly, ivy, mistletoe which have been used to decorate during Christmas festivities around the world for years. A gentle reminder that spring would come shortly. Red denoted the apples on the Paradiso trees which were decorated as Christmas trees in the early days. Also, the berries of the holly as described earlier and the robes of Saint Nicholas who later transferred them to Santa. Gold signifies the colour of the Sun and light, both important during the winter to keep you glowing. Not forgetting Gold was the gift carried to the infant Jesus by one of the wise men.